Auburn head coach Gustav Malzahn announced Friday that he’s the man. He’s going to show his team leader a thing or two by not letting him start the Arkansas game. Oh he’ll play, he just won’t take the first snap.

Auburn quarterback Nick Marshall was caught with weed last month, cited for the possession of marijuana he had not already…well, you know. Back-up Jeremy “he’s better than Marshall anyway” Johnson will get the start against the Hogs. 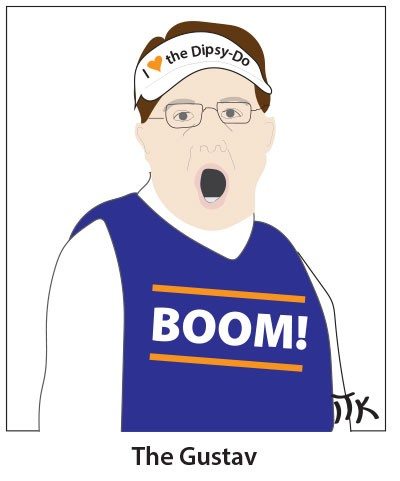 Meanwhile, across the state, Alabama head coach Nick Saban announced the “indefinite suspensions” of blue-chippers Jarran Reed, Tim Williams and Brandon Ivory, a former starter. Reed had an amazing spring, and looked to make an impact in the trenches this fall.

Marshall’s suspension smells like the suspension of another Auburn quarterback from the Lee County past: Jeff Burger. It’s Burger who in 1987 Auburn coach Patrick Fain Dye held out for the first play of a game for academic dishonesty that would get many kicked out of their respective schools. Dye and his staff insulated their star, however, keeping him eligible for “footbawwwl Satuhdays on da plains…” You see, at Auburn, when you’re a star, apparently, you stay eligible. Doesn’t matter if not feeling the consequences of your actions is detrimental to your future and development as a person. You’re an Aubuhn man! Just win, baby!

We’re talking about a school that allowed a star running back to stop going to class for an entire fall semester, without consequence. As long as he can tote that rock, eh Aubies??

This from the university that gave us this:

“I believe in honesty and truthfulness, without which I cannot win the respect and confidence of my fellow men.”

Count on the same “Burgerized” treatment for Marshall from Gustav “Boom!” Malzahn. That is a man in control. Marshall, who has worn the standard issued STFU (standing for “shut the f*** up”) bracelet during games isn’t allowed to curse on Gustav’s practice field. Let that irony mull around in your mind for a minute or two.

But, despite the iron fist Gustav rules with, about the quarterback position going forward, he wanted to eliminate any doubt:

“I will say this,” Malzahn said Friday, “Nick Marshall is still our quarterback.”

Meanwhile in Georgia, they have problems with grass too. On the eve of fall camp, the Georgia Bulldogs didn’t have grass on their practice field from hashmark to sideline, on either side.

How does this happen? Did fall practice sneak up on Mark Richt? UGA crews had re-sodded the field earlier in the summer, but the roots didn’t “take”. So a shipment of lay-and-play sod was ordered for the field closest to their football facility.

Just for one second, close your eyes and envision the scene if the grounds director walked into Nick Saban’s office and told him his practice field wouldn’t be ready the opening day of fall practice.

But there is good news for the Dawgs. The Bulldogs have two newly re-done field turf practice fields on the lower end of the Butts-Mehre football complex that they will use until they can go to work on the closer, newly re-done field.

Yes, their football complex is named the Butts-Mehre complex. So “lay-and-play” and Butts are all part of this story.

Speaking of butts, or sitting on them anyway, Georgia standout receiver Malcolm Mitchell has been sidelined with another knee injury. Mitchell will miss the first part of fall practice following an injury sustained last week running pass routes.

“It was ‘scoped’ and it was a cartilage issue,” said Georgia head coach Mark Richt, “so we’ll just see how quickly he can come back. But it’s really hard to say for sure.”

The junior from Valdosta, Georgia missed all but the first offensive series of last season after suffering an ACL injury against Clemson while celebrating a touchdown in the end zone with running back Todd Gurley. Mitchell reportedly had completely recovered from that injury and was working out full speed with his teammates when this latest injury occured.

Injuries, and a lack of defensive back coaching, hampered the Bulldogs’ 2013 season. Here’s hoping this news isn’t the start of an encore to that storyline.

28 thoughts on “AROUND THE SEC: Nick Marshall gets ‘Burgerized’ for grass, Georgia doesn’t have any”