If you love something, it is said you should set it free. If it returns to you, it’s yours. If it doesn’t, it never was.

Such should be the case with Alabama basketball play-by-play announcer Chris Stewart. As the University subjects him to cruel and unusual punishment, you have to wonder when public outcry will eventually have its way to give this poor guy some relief.

Those of us who’ve recognized Bama basketball for the dumpster fire that it is have the luxury of not watching. Take me, for example. There isn’t an instrument in existence that can measure my indifference toward the program right now. This is as bad an overall team as there is anywhere in our fair United States of America. Weekly they take the court as “The Washington Generals” as their opponent…whoever it happens to be…is the Harlem Globetrotters.

So I don’t watch, let alone darken the door of Coleman Coliseum.

But not Chris. This loving husband and father is made to endure all manners of hell twice a week as he describes the clown show he’s seeing for the Crimson Tide Radio Network.

Like a member of our penal system, I’m sure Stewart is constantly reminded of his confines. As Alabama finds new and creative ways to completely tank against average to bad opponents, Stewart is there, taking it all in. And worse…having to describe what he’s seeing.

As I’ve said before, I really like the guy. I can honestly say, though I refuse to devote the time to actually watch a Bama basketball game right now…time I could be spending painting my house, vacuuming or cleaning toilets with my bare hands…I will tune in to Stewart and Bryan Passink on occasion for at least part of a game. He’s entertaining, and frankly, just good at what he does.

Which is a complete waste. There are good teams all over the country with crappy announcers that deserve him more than we do. You can’t tell me that North Dakota State, right now projected as a 12th seed in the NCAA Tournament, has someone who can scream “bottom!” better than Chris Stewart. Or that North Carolina Central has a play-by-play man that lets you feel the full depth of his disgust when describing a sickening loss or bad call.

As Anthony Grant continues to misunderstand the University’s preoccupation with statues (by emulating one), Stewart is there, asking the man questions before and after the game. Questions to which he already knows the answer. No matter what Bama’s current coach (who makes David Hobbs look like Mike Krzyzewski) says, to me it comes out sounding like this:

“Well Chris, I’m just biding my time until the University writes me a huge check to go away. All for shipwrecking Alabama basketball for the rest of its miserable existence.”

It must sound that way to Stewart as well. If you’ve ever worked in close proximity to a fellow employee, or even an employer, who is so competely full of crap you can smell manure when they speak, you know how hard it can be. The guy is intelligent. He knows the score.

So if given the chance, and the pen was left open, you have to wonder, would he run away? Or has he been held captive so long that he empathizes with his Crimson captors? 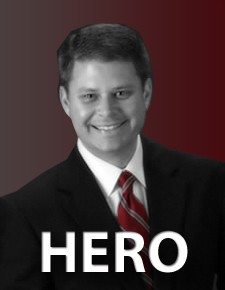 Still, I can’t imagine willingly getting on a plane bound for College Station only to see the team I’m supposed to announce eventually score less points than did the football team on their trip. And before I made the drive to Auburn to put myself through that horrible scene, you better believe I would eat a raw chicken breast the night before, hoping…no, praying…for Salmonella to have mercy on me, preventing my trip.

Simply put, we all owe Chris Stewart a debt of gratitude. At worst he is being held against his will, paying for his undisclosed crimes. At best he is standing in the gap for us all, so that whenever we want to check in on another unbelievable scoring drought, he’s there. Breaking the bad news to us all over again.

So we thank you, Chris. May you have your freedom from this pestilence that is bad Alabama basketball some day. But until then, you have our sympathy. Our respect. And our appreciation.

Just know that on the rare occasions you find yourself on camera, we’re watching your blinks to interpret whatever it is you’re trying to tell us. We’re with you, friend. Stay strong.