From the 1970s through the early 1990s, before the advent of the BCS system, the Sugar Bowl represented the pinnacle of success for SEC teams.

If you won the SEC championship with a good record, you had a shot to play a high-ranked team in the Sugar Bowl with a national championship on the line. Alabama did it in 1978, 1979 and 1992. Georgia did it in 1980. Auburn came tantalizingly close with an 11-1 record and Sugar Bowl victory in 1983. 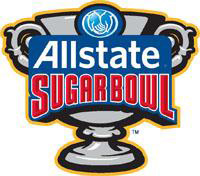 So, with an historic third BCS championship gone down the toilet, does the Sugar Bowl offer any relief for The Alabama Crimson Tide and its fans? I believe so.

The matchup with Oklahoma presents many opportunities. Utah, in 2008 was a quality team, but the Utes don’t have the same legacy as The Oklahoma Sooners. From this fan’s perspective, a victory over the Boomer Sooners will look mighty fine in the history books. Alabama and Oklahoma are two of the most prestigious names in football lore. It’s amazing that this will be only the fifth meeting between the two schools on the gridiron.

Bob Stoops, the Sooners head coach, was Nick Saban before Nick Saban. He was once the hottest coach in America. Stoops went from being a dynamic University of Florida defensive coordinator, to being the savior of a moribund Oklahoma program.

Stoops took the Sooners to a bowl game in his first season (1999) and to a national championship in his second (2000). He has played for a BCS title three other times, losing to LSU (and Saban), Southern California and Florida. He has seven Big 12 championships in 15 seasons. He has won at least 10 games in 12 of those 15 seasons, including this one. He has a 2-0 record against Alabama.

A win over Oklahoma would put some interesting ranking possibilities into play. If Florida State beats Auburn, and Alabama wins, the Tide should be ranked ahead of Auburn in the final polls. If Auburn wins, and Alabama wins, the Tigers and Tide could end the season ranked one and two respectively. That would be as historic as the fact that either Alabama or Auburn has been in the BCS Championship for five years in a row.

I could even envision Alabama getting some first place AP votes if it looks impressive in the Sugar Bowl and the BCS Championship is a nail-biter.

Saban has said this week that bowl practices help to develop younger players. That is probably more important in the grand scheme, than a win or a loss. Alabama didn’t suffer long from the loss to Utah. The Tide went 14-0 the next season.

Three weeks later, I still have a bitter taste in my mouth from the Iron Bowl loss. I even went all Phyllis from Mulga on an Auburn buddy recently. A little Sugar would help me out a lot.

6 thoughts on “How much does the Sugar Bowl matter?”