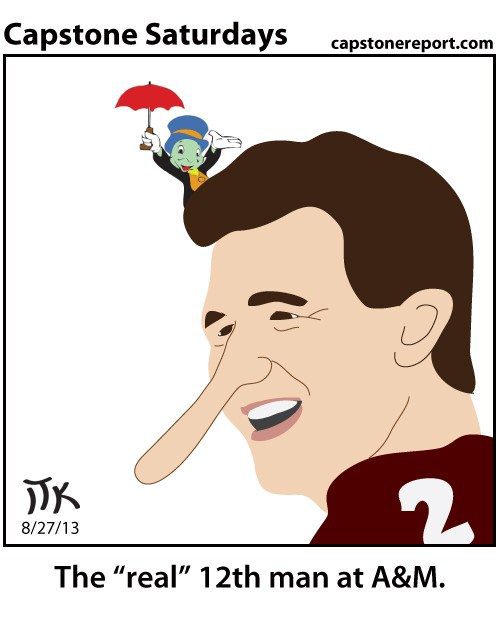 Finally, we can move on. Johnny Manziel met with the NCAA for six hours on Sunday, we learned today, and informed the governing organization of college athletics that he never took money for signing autographs.

Whew! Thankfully that whole episode is now behind us so we can focus on some football. All while the organization in Indianapolis called the NCAA rolls over and takes another beating from a member organization.

It’s clear that a young man would sign hundreds…thousands…of autographs for known brokers for nothing in return. It’s clear that these brokers, six so far, would come forward and admit to paying Manziel because they’re all lying.

It’s clear that whatever modicum of authority, integrity and dignity the NCAA had left has been shot to hell.

And it’s clear that Texas A&M’s Honor Code amounts to about as much as the Charmin Ultra Soft I’ll be helping myself to once I publish this article.