Liner is seen in the photo with two unnamed young men, each holding a wad of cash apparently in a gas station bathroom on their way to PC. He shared the hashtag #StruggleOverWit, and that this is just “Day 1.” In one pic the top bill appears to be a $100, the bottom a $20. Blowing it up it looks like close the $1,000. It’s unknown if the three are holding the same wad of cash, or three separate stacks.

One thing’s for sure. It’s not as much as this:

The fact is, pictures like these make a statement, but what kind of statement is the question. The immediate assumption from haters is that they’re flashing the cash given to them by boosters for going to the school that you hate. But the area in-between a photo and the facts is as gray as can be.

Where the disconnect comes is when adults who live and breathe college athletics make assumptions, draw conclusions, and just in general live and die on the actions of 18-year-old kids. For instance, a forty-something year old white man in upper suburbia with a working knowledge of the light-speed impact of information on the internet has no idea what’s on the mind of a young African-American kid just wanting to show the boys back home he’s living it up, Instagram style. That’s an oversimplification, obviously, but in Dee’s mind, his Instagram wouldn’t reach much more than the boys and girls back home.

Little did he know it has most likely reached Nick Saban himself, along with the rest of the internet. Which is why we probably won’t see any pics from “Day 2.” But Alabama fans sure don’t want to log on and see something like this, while opposing fans love it. Too bad for those opposing fans that the NCAA is impotent, handing out feather spankings left and right these days. The sagging, lagging governing organization is desperately in need of the college football version of this: 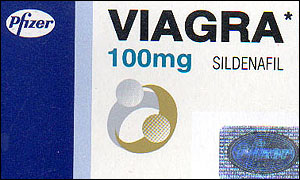 If the governing body even makes it past the impending talks of disbanding next January it’ll be a miracle.

Football practice starts later this week in Tuscaloosa, and it can’t come soon enough. Off-seasons have been fairly tame as of late, as has this one, even with this little splash. But one thing is for sure: Pictures like this make the statement that some kids need the discipline college athletics and education brings a lot more than the programs and institutions need them, and if Liner doesn’t get that message quickly, he’ll be sitting with Brent Calloway up in the stands on Saturdays.

15 thoughts on “Dee Liner photo makes a statement…but what kind?”