“UA has been aware of this situation for some time, and we have monitored this company for several years. They have twice ignored cease and desist letters sent by our compliance office,” said Deborah M. Lane, Assistant to the President and Associate Vice President for University Relations at the University of Alabama in a statement emailed to the Capstone Report. 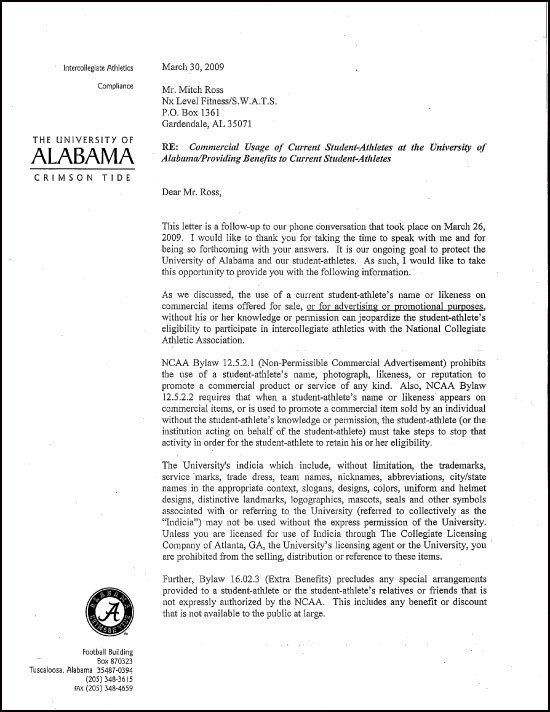 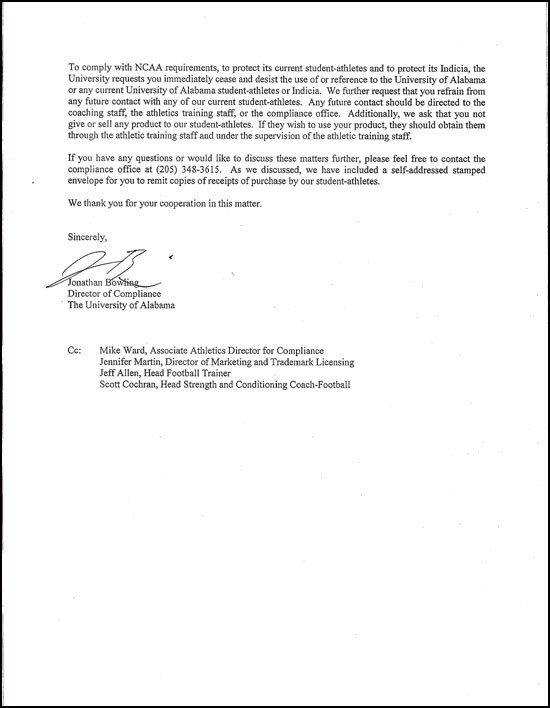 In this letter, the University explained the reasons S.W.A.T.S. should not use current student athletes in what amounts to promotional or advertising material. The letter requests Ross refrain from giving or selling items to present Alabama athletes.

Unfortunately, this did not work.

A second cease and desist letter (below) was sent to Christopher Key on October 31, 2012. This letter was prompted by YouTube videos showing student-athletes. 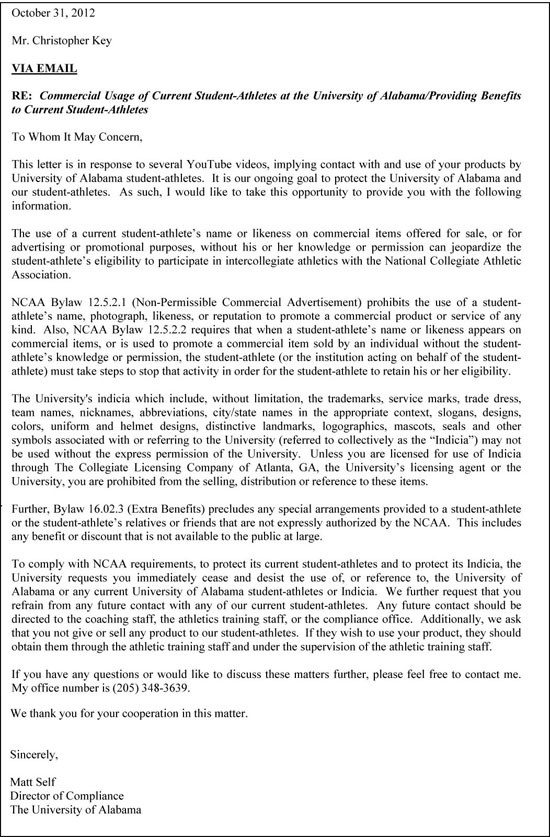 The letter repeated the request that the men stop giving or selling these items to athletes.

This was not Alabama’s only response. The University continued educating students about this situation.

“We have maintained consistent education of our student-athletes regarding the substances in question and will continue to do so,” Lane said.

Ross was on local television tonight promoting himself and his product. On ABC 33/40, Ross said in an interview, that many teams across the country have used his product and despite getting letters from many programs, student-athletes continue to seek his product.

Unfortunately, these snakeoil salesmen will gain additional attention from this situation as local television, radio and websites (even this post) provide the company with unpaid publicity.

Why do I feel comfortable calling these men snakeoil salesmen? This quote from Tuesday’s Sports Illustrated story: “We don’t have to prove that this is real or not,” (Key) says. “What we’re looking for is for [science] to prove that it is not real.”

That isn’t how most companies promote their product. Most companies want to use professional studies conducted by researchers to prove the veracity of their claims. Not these guys. Science might get in the way of a quick buck.

Alabama fans need to know about this business model.