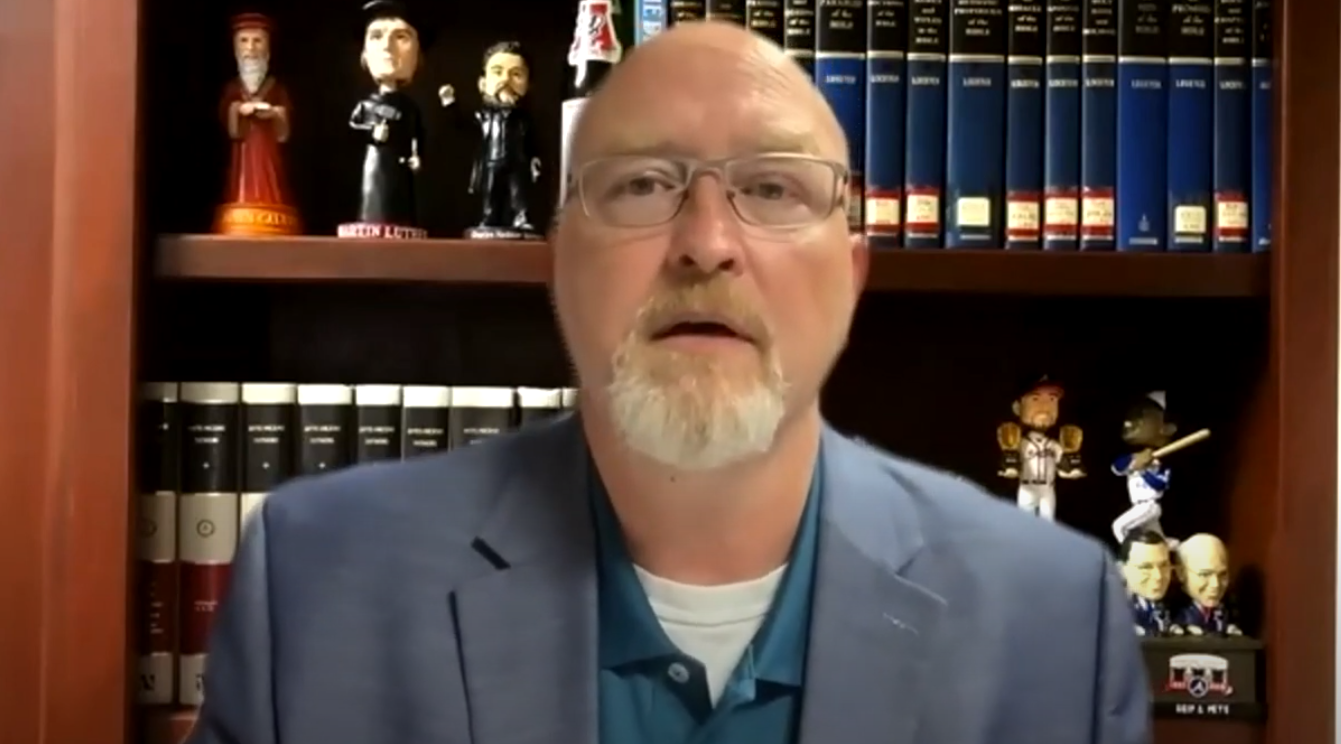 Leaked Video: Russell Moore showing no signs of ‘psychological terror’ as he tells ERLC trustees in September 2020 that staff morale is great at the ERLC.

Video of the September 2020 ERLC trustee meeting shows the dysfunction. (Video was leaked online and debunks much of Russell Moore’s narrative.)

First, we should note that the chairman of the ERLC trustees and head of the executive committee of the trustees, is an employee of another Southern Baptist entity—the Southern Baptist Theological Seminary (SBTS). That means his salary is controlled by Al Mohler. (You will take notice that Al Mohler fires people like Russell Fuller but keeps men like Matthew Hall.)

This tidbit is important. According to an article published yesterday the link to SBTS was highlighted. According to Don Hinkle, “When I asked if SBC Executive Committee Chairman and Chief Executive Officer Ronnie Floyd knew about the letter before it was leaked, I was referred by Jon Wilke, media relations director for the SBC Executive Committee, to the public relations office at The Southern Baptist Theological Seminary, where Prince teaches. Prince did not respond by press time.”

Hinkle’s article points out the problem: the February 2020 letter from Russell Moore was kept from the ERLC board of trustees. Only the executive committee knew of the letter at the time of the Sept. 2020 board meeting. And this is what makes the video so instructive.

Lewis Richerson, a Southern Baptist pastor, shared the video makes an astute observation. He says, “In Sept 2020 there is no mention of “psychological terror” that was told to the Exec Com of the @erlc’s BOT in Feb 2020. Notice also how hard @erlc BOT leadership and @ercl staff leadership argue against implementing such a process…And if @drmoore was so traumatized by the supposed coverup of sexual abuse why didn’t he reveal that to the @erlc’s BOT in Sept 2020?”

Richerson also pointed out the absurdity of how the motion was treated by other trustees. This was something the ERLC trustee also noted.

“At our last annual meeting, I asked other ERLC trustees if they had any sense that Dr. Moore was becoming dangerously isolated from his colleagues and constituents. This was dismissed as conjecture. I made a motion to get help in assessing the ERLC’s morale and performance. I was accused of violating Matthew 18,” said Jonathan Whitehead, an ERLC at-large trustee as quoted by MBC Pathway.

Specifically, the video shows one trustee saying that Whitehead’s motion should be handled in private. The trustee said, “Trustees, as they have issues, really need to start a Matthew 18 model. Don’t bring it out when we have issues. Dr. Moore is available to each of us.”

This alleged violation of Matthew 18 is the typical Southern Baptist misuse of the words of the Lord Jesus Christ to enable secrecy and unaccountable behavior.

First, the motion did not involve anything worthy of Matthew 18–which is about private sin. Second, the motion was trying to create ways for the board to understand and aid morale issues and retention.

Dr. Russell Moore’s response was enlightening. The video reveals that Richerson’s tweet was right—Russell Moore responded to the motion by saying that all is well. In fact, Dr. Moore gave the impression that things were not only well but swell at the ERLC. No hint or sign of any psychological terror.

“The process is working very well,” Dr. Moore told the board of the wellness and morale of the ERLC staff.

While that may be true for the ERLC, what is not working well is the trustee system.

Why do boards serve the entities rather than the SBC?

Also, how many people on SBC boards hold other paying jobs from SBC entities? There is something troubling about SBC employees sitting on boards.

If the SBC is to survive, it must turn from this type of system. It enables a system where SBC Elites prefer lucre more than they fear God.