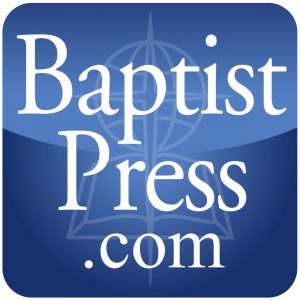 Did you read Pravda, err the Baptist Press report on the ERLC Study Committee’s bombshell findings that hundreds of churches accounting for millions of CP giving are withholding or will withhold money because of Russell Moore’s liberal politics? No? Well, here is our report on it. But, there is something important in the Pravda Baptist Press account. SBC Vice President Jonathan Howe who oversees Baptist Press lied again about the links of George Soros with the Evangelical Immigration Table.

Pravda Baptist Press writes, “Also listed was the allegation that the ERLC received funding from an organization with ties to liberal financier George Soros – a charge that has been refuted but continues to circulate.” The story included a link to an SBC Explainer—written by several people but led by Jonathan Howe that attempted to debunk what everyone knows: Democrat billionaires including George Soros have links to ERLC associated groups like the Evangelical Immigration Table.

Howe is not listed as an author of todays’ Pravda Baptist Press story. However, at the bottom he is listed as contributing to the story.

So, Howe is culpable for continuing to spread a lie. Why does he do that? It is sort of pathetic that he believes his “SBC Explainer” will deceive conservatives.

In fact, his SBC Explainer piece proved the link. His incompetence led him to use a primary source to discredit the Soros link who just happens to be a guy closely linked to Soros!

Howe actually quoted a guy who blogged about the creation of the Evangelical Immigration Table for the George Soros Open Society Foundation. It is laugh out loud hilarious.

We debunked the Baptist Press debunking over a year ago: Baptist Press quoted NIF rep who wrote blog for Soros Open Society. At the time we pointed out, “The National Immigration Forum is so separate, and so totally not connected to the Open Society Foundation that Ali Noorani penned a blog for the George Soros grant giving foundation. And it was Noorani who denied in Baptist Press that the Evangelical Immigration Table has benefitted from Soros funding. However, this is absurd. The NIF itself certainly benefitted from the funding. And the NIF was instrumental in creating the Evangelical Immigration Table. In fact, the money historically totals much more than the two percent number claimed by numerous Evangelical defenders.”

Then we showed how millions upon millions of dollars were given to the NIF during the time the NIF created the Evangelical Immigration Table. But yeah, just believe Jonathan Howe’s Big Lie instead.

Later in our post exposing how dangerous the SBC Explainer was, we asked, “The question for Southern Baptists now—why are so-called conservatives in the SBC trying to hide the historic, open and notorious connection of George Soros to the National Immigration Forum?

“And of course, what else does Big Evangelicalism have to hide?”

That last question is now a very important point when it comes to financial ties in the Southern Baptist Convention.

Howe was closely associated with the failed former LifeWay CEO Thom Rainer. Howe liked an attack on SBC Presidential candidate Randy Adams. However, Howe’s political bias should be closely examined. His defense of Russell Moore and the Evangelical Immigration Table is but one example. In another post, we explored his support for attacks on the Conservative Baptist Network and Christian Nationalism.

You should read more about Howe. He’s a serious problem in the SBC. In fact, he has links to many of the nefarious personalities destroying the Southern Baptist Convention. He is a good example of the SBC Swamp.

How can anyone trust anything Baptist Press writes as long as such a biased liar is paid by Cooperative Program funds?

How does the Conservative Baptist Network, Mike Stone and for that matter Randy Adams feel about the coverage they receive from the biased Howe and Baptist Press?