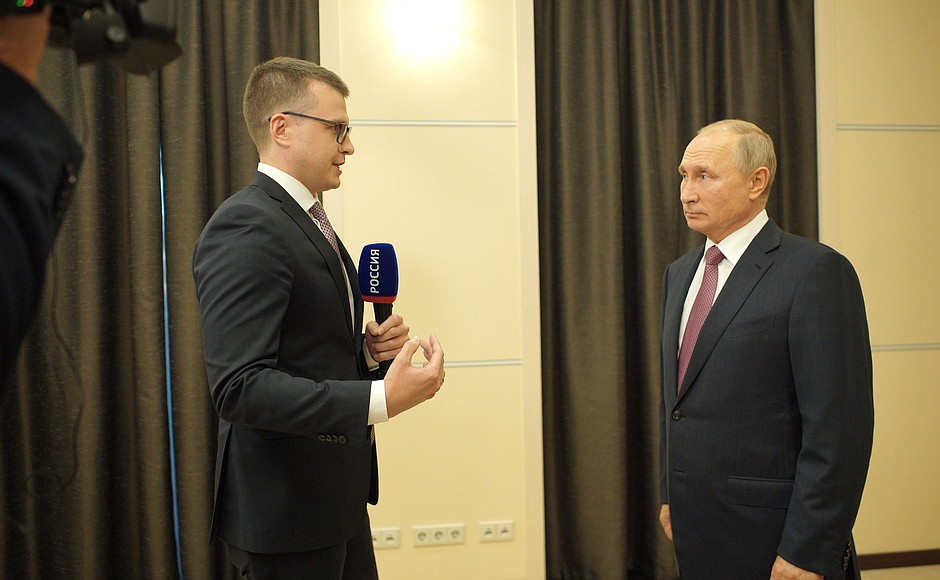 Russian President Vladimir Putin praised Democratic Presidential candidate Joe Biden and the Democratic Party for its embrace of Soviet values. The comments were delivered in answer to questions about the US Presidential Election asked during a Russian state television interview broadcast Wednesday.

According to the official Russian transcript of the interview, Putin said:

“As for the Democratic candidate, what can I say? We can hear rather sharp anti-Russian rhetoric as well. Regrettably, we have become used to this. But some things are worth mentioning. First, the Democratic Party is traditionally closer to the so-called liberal values, closer to Social Democratic ideas, if compared to Europe. And it was from the Social Democratic environment that the Communist Party evolved.

“After all, I was a member of the Soviet Communist Party for nearly 20 years, or more precisely 18 years. I was a rank-and-file member, but it can be said that I believed in the party’s ideas. I still like many of these left-wing values. Equality and fraternity. What is bad about them? In fact, they are akin to Christian values. Yes, they are difficult to implement, but they are very attractive, nevertheless. In other words, this can be seen as an ideological basis for developing contacts with the Democratic representative.

“It is a fact that African Americans constitute a stable electorate, one of the electorates of the Democratic Party. It is a well-known fact, and there is nothing new about this. The Soviet Union also supported the African Americans’ movement for their legitimate rights. Back in the 1930s, Communist International leaders wrote that both black and white workers had a common enemy – imperialism and capitalism. They also wrote that these people could become the most effective group in the future revolutionary battle.”

The Russian president is just saying what everyone already knows—the Democrats are the party of socialism and oppression.

The television interview was first reported by Breitbart.