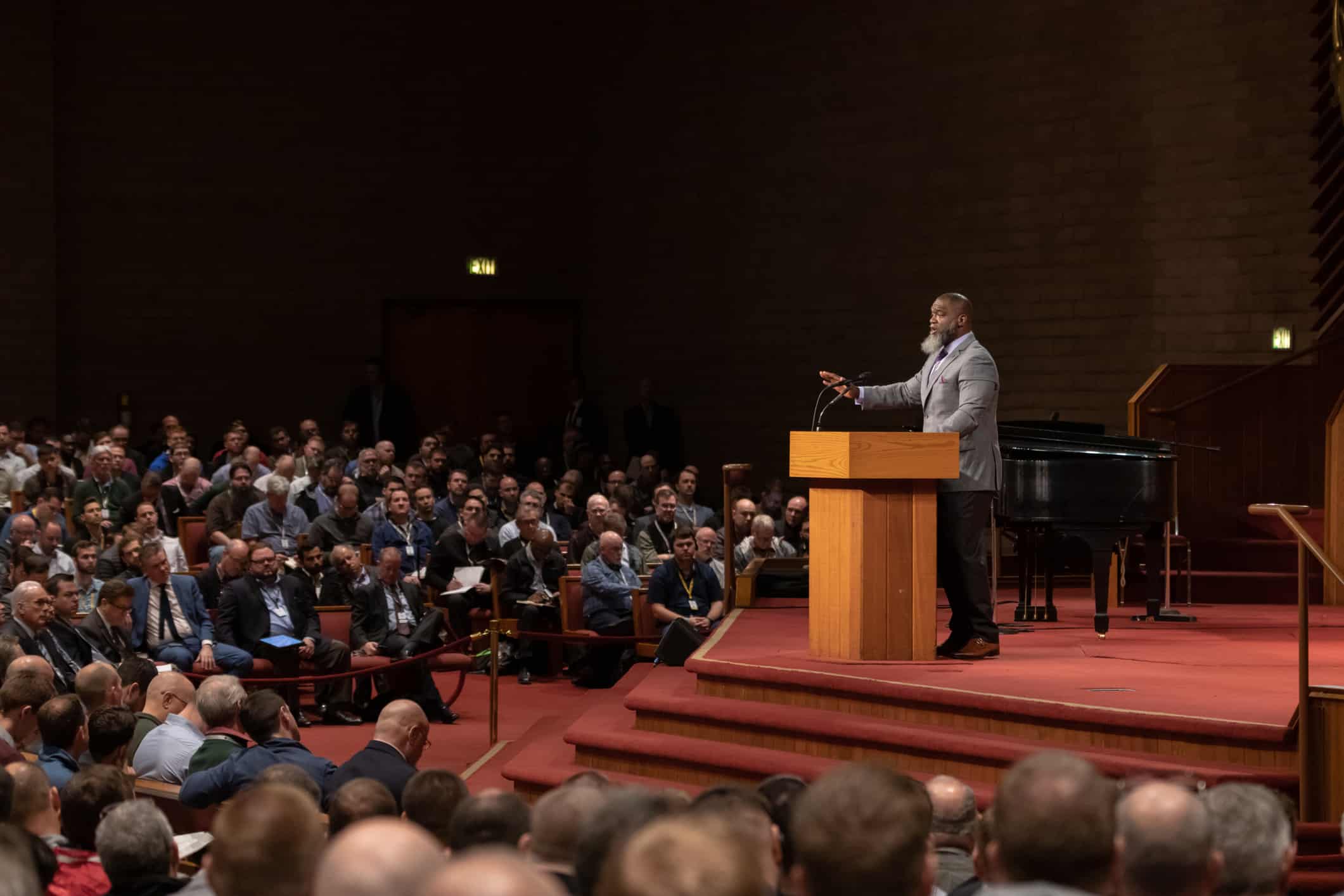 The news that Voddie Baucham is still Southern Baptist took SBC political insiders by surprise. Some are saying that Baucham is a natural to be the next SBC President. Such a move would restore not only a conservative to the office but most importantly, the election of Baucham would restore holiness to the office disgraced by the unrepentant plagiarist and Woke MSNBC favorite Ed Litton.

In a Q&A with the Capstone Report, Baucham made clear two times that he “technically” never left the SBC.

“My sending church is SBC, so I am still part of the family,” Baucham said. “Technically, I never left the SBC. It is true that I fell out of favor with SBC elites. Consequently, I have not had a visible role in the Convention for over a decade. But my sending church, Grace Family Baptist Church in Spring, TX (a church I planted in 2006), was and is an SBC church, so I am considered an SBC Missionary.”

And naturally, people started to speculate about Baucham as a future President of the Southern Baptist Convention.

For example, on Twitter Terri Green said of Baucham, “The next SBC President. Then the SJW’s would be put to the test of the words and tactics they’ve used to promote their woke ideology.”

There are some issues. Baucham remains on the mission field. As he noted, he was sent by his church. Currently, Baucham serves as Dean of Theology at African Christian University in Lusaka, Zambia.

That is a world away from the Southern Baptist Convention—which given the vitriolic state of the convention created by Woke infiltrators, that might be a good thing.

Baucham is the author of “Fault Lines: The Social Justice Movement and Evangelicalism’s Looming Catastrophe.” He is definitively against racial identity politics.

That will place him in opposition to the new power axis in the Southern Baptist Convention. The Woke Elites led by SWBTS president Adam Greenway, SEBTS president Daniel Akin, and funded by NAMB head Kevin Ezell (remember the Washington Post exposed how NAMB paid for people to attend last year’s SBC meeting to vote for Ed Litton).

Any nominee will face the coordinated effort of Big Evangelical Elites to prevent the SBC President from becoming a conservative.

Whoever is nominated, should expect the same dirty tricks used against Mike Stone.

Baucham understands this. Again, in the Q&A Voddie Baucham said, “I am well aware that this is a ‘contact sport.’  I also know how the game is played. If I was ordaining women, condoning abortion on demand, hosting Democrat candidates in my pulpit, promoting liberation theology, CRT, BLM and/or the LGBTQIA+ agenda, the SBC elites wouldn’t lay a glove on me. They would be too afraid that I would play the race card and threaten to leave the Convention in a huff.  However, as a conservative, I am fair game. Well-positioned black pastors in the SBC will employ the CRT tactic of denying the authenticity my ‘black voice’ while white SBC elites who are guilty of the ‘soft bigotry of low expectations’ will pat those pastors on the head and train their guns on me.”

I reached out to the Conservative Baptist Network to ask if Voddie Baucham might be its nominee, the CBN did not respond with comment before press time.

Does that mean anything?

However, CBN has said since days after Nashville 2021 that it would challenge in Anaheim.

Since the situation in the SBC has only deteriorated under the Woke leadership of Ed Litton, CBN is right to continue the fight. Now it only remains to find out who will carry the standard forward to Anaheim.