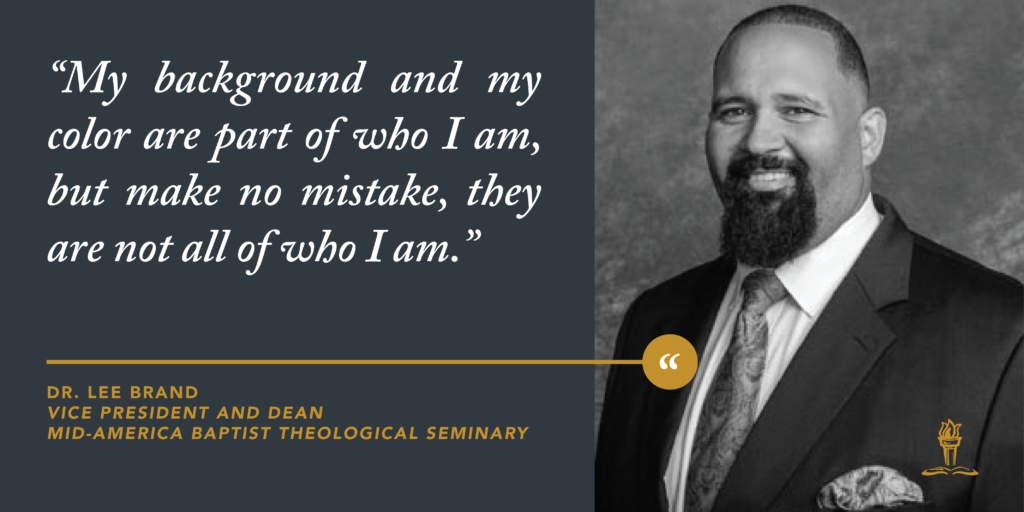 If not, why are they defending Ed Litton? Is it an attempt to prevent a respected, black seminary dean from becoming SBC President?

Are the Woke SBC Elites racist? How they are handling the Ed Litton plagiarism scandal just might provide the answer.

This is now the key question as Sermongate consumes the Southern Baptist Convention. SBC Elites have stepped forward to defend Ed Litton. But why? That’s the question one Twitter user asked

For the Glory asks, “Why are SBC Elites defending Ed Litton — a white, scandal-ridden, self-admitted plagiarist, who’s heaping disrepute upon the SBC, instead of forcing his resignation and letting the SBC’s African-American 1st VP take over and lead with integrity?”

These are good questions. Let’s recap them so we can demand answers.

Why are SBC Elites defending Ed Litton? He is an acknowledged plagiarist. He lied to the Washington Times.

Why are SBC Elites preventing a respected, black seminary dean from stepping into the role and providing the integrity the Southern Baptist Convention needs?

The Iron Law of Woke Projection

The answer is the Iron Law of Woke Projection—something coined by Critical Theory opponent Dr. James Lindsay. In this theory, Lindsay posits that the Woke attribute to society feelings they themselves have.

So, when the Woke call someone racist, often they are projecting their own inner racism.

Or, when they complain about power, what they really want is that power.

Or, when they complain that someone is playing politics, that is what the Woke Southern Baptist is doing.

The kneejerk answer to why so many SBC Woke are defending Litton would be to say that they likely often borrow sermons too. However, that misses the deeper issue. The Woke SBC both elite and their Leftist followers are obsessed with power.

These pastors take to social media to complain that Sermongate is all about the CBN wanting power. What it truly reveals is that these people love power and cannot deny themselves the chance to exercise it.

These are the people who love lucre more than they fear God.

And the defenses offered by these “pastors” and “Christian leaders” should sicken everyone.

There is no place for plagiarism in the SBC.

Also, there is no place for outright lies—and that is just what happened. Ed Litton lied to the Washington Times. His story directly contradicts the story told by his elders.

Both cannot be true.

It proves all the talk about public witness was virtue signaling nonsense.

All the Ed Litton supporters want is power.