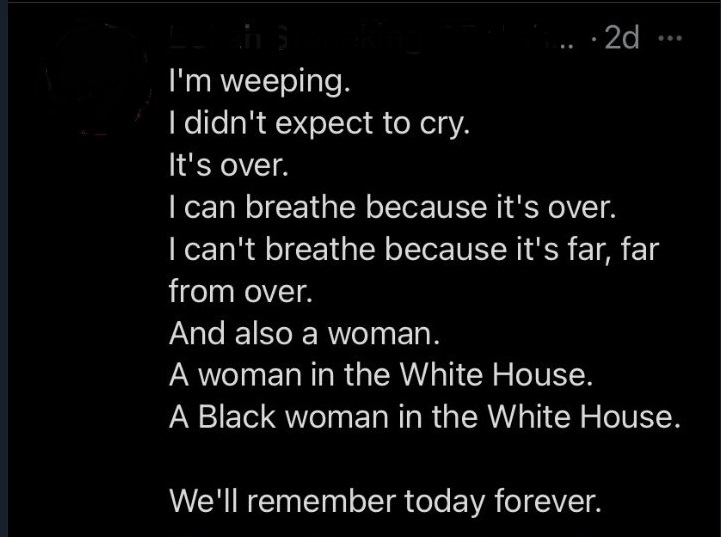 What Christian celebrates the election of pro-abortion Democrats?

In a series of tweets, a LifeWay content editor showed off their political loyalty—proclaiming tears of joy for the election of Joe Biden and Kamala Harris.

Who celebrates the accession to power of the pro-abortion party?

What Christian celebrates the rise of anti-Christian bigots to the highest office in the land?

And the social media account is now locked into private so others cannot see the pro-Social Justice nonsense. It was made private after Pastor Tom Buck raised questions about the wisdom of the Southern Baptist publisher promoting pro-abortion Democrat politician Mark Kelley in the Fall 2020 Explore the Bible Youth Bible Study.

This tokens a serious worldview problem at LifeWay.

Can you trust Sunday School and other Bible study materials produced by Leftist radicals who cheer the election of such evil candidates?

Why support the Leftward Drift of the Southern Baptist Convention by purchasing LifeWay products?

The Leftward Drift is everywhere. It is at the Democratic propaganda arm known was the ERLC. It is in our seminaries.

Unless something is done, the SBC Elites are going to destroy the greatest missionary sending force in history.

It is time to reclaim the Southern Baptist Convention.