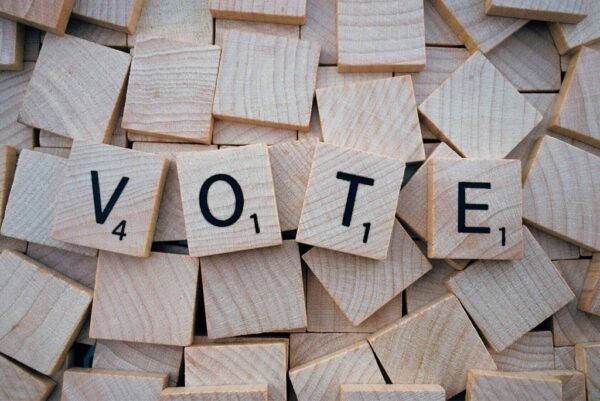 Christians of all types are confused about politics. The confusion increases when we add our faith. The two always seemed to mix. Now, not so much.

Why? The decline of Christendom, or cultural Christianity. This is often called the rise of the Nones. It is how culture moved from pretending to be Christian. People would do things like show up at church and hide their immorality.

According to many evangelicals, this culture was bad. We’d have unregenerate church members. It is easy to understand the desire for making sure church members are Christians. However, this isn’t as easy as it sounds. Plus, influencing the culture was an important benefit for the Gospel and society.

Getting anyone in the church door to hear the Gospel (regardless of their reason for attending) is a good thing. You never know what gets planted, watered and one day harvested. Second, the acceptance of general Christian values shaped the culture and politics. It also fostered a milieu where people understood the need for salvation.

Christendom (Western Civilization) was not Christ’s kingdom. It was flawed, sinful and came with lots of baggage.

Yet, for all its flaws, it was the soil where liberty flourished. Rights developed and markets grew in the carefully cultivated soil of the West.

There was a time when even progressive, liberals and those who were not evangelicals worried about Hell and salvation. For example, Franklin D. Roosevelt during the height of World War II took time to talk to the Soviet ambassador about hell and faith. Winston Churchill relates this in his war memoires on The Second World War, vol. 3 The Grand Alliance:

“The President had exerted his most fervent efforts to persuade Litvinov, the Soviet Ambassador, newly restored to favour by the turn of events, to accept the phrase ‘religious freedom’. He was invited to luncheon with us in the President’s room on purpose. After his hard experiences in his own country he had to be careful. Later on the President had a long talk with him alone about his soul and the dangers of hell-fire. The accounts which Mr. Roosevelt gave us on several occasions of what he said to the Russian were impressive. Indeed, on one occasion I promised Mr. Roosevelt to recommend him for the position of Archbishop of Canterbury if he should lose the next Presidential election.”

It is sad that such times are gone. The growing secularization of America means that not only must you convince an individual of their status as sinner, but that one must convince them of God’s existence and the existence of Hell. It is a much harder apologetic task.

It presents theological and political challenges as well. Christians are struggling to engage in a political realm that no longer views God’s Word as welcome in political discourse.

Also, Christians are confused about the purpose of politics. Progressives exploit this.

The pietistic impulse of individual Christians is one area. For example, a desire for personal holiness confuses how we are to interact with a fallen, sinful political system. This column at Al.com is representative:

“And at the very time I was praying these prayers and having God pull the curtains back in my own heart and mind, I was watching the Evangelical church make a jagged, desperate turn away from many of the values we had always espoused, and in which I still believed. We were the original authors of the ‘Character Counts’ mantra. But in a hot minute, I watched that core belief give way to a wholesale devotion to ‘The Ends Justify the Means.’”

This is a misunderstanding of Lesser Evil voting. It isn’t a consequentalist move where The Ends Justify the Means. Rather, it is a move to apply God’s highest principles to political behavior.

Put another way, Character Counts, but it counts less than sinful public policies.

Christians are committed to God’s principles. That binds how we must vote. However, it gets complicated in the real world.

What happens when only bad people are on the ballot? Should we ignore the election? Should we pretend it doesn’t matter if a pro-abortion, pro-infanticide Party governs?

This is where Christians must apply common sense. Martin Luther said reason was key to human government. God gave us reason. We must use it. The great apologist Dr. Norman Geisler explained that when moral duties conflict, God expects us to obey the higher command. He makes a strong biblical and philosophical case for this in his book on Christian ethics.

Applying this to politics is helpful.

The prime duty of government is the protection of life. God ordained it for this purpose. Christians should help government fulfill God’s mandate for it.

Abortion is the taking of innocent life.

Therefore, abortion should be the primary issue for Christian voters.

All other issues are secondary.

That doesn’t mean other issues are not important. They are. However, our duty requires us to focus on higher moral obligations before lesser obligations and preferences.

Keeping this in mind, clarifies how Christians must vote in the 2020 Presidential Election. Simply, a Christian cannot cast a vote for or allow the election of a Democratic candidate. That requires the Christian to vote for the Republican candidate.

Anything less would be a dereliction of duty.

That isn’t the Ends Justify the Means. This is obeying God’s Word. Government should fulfill His plan. And the protection of life is our Christian duty.

One thought on “Christians are confused about politics, faith”