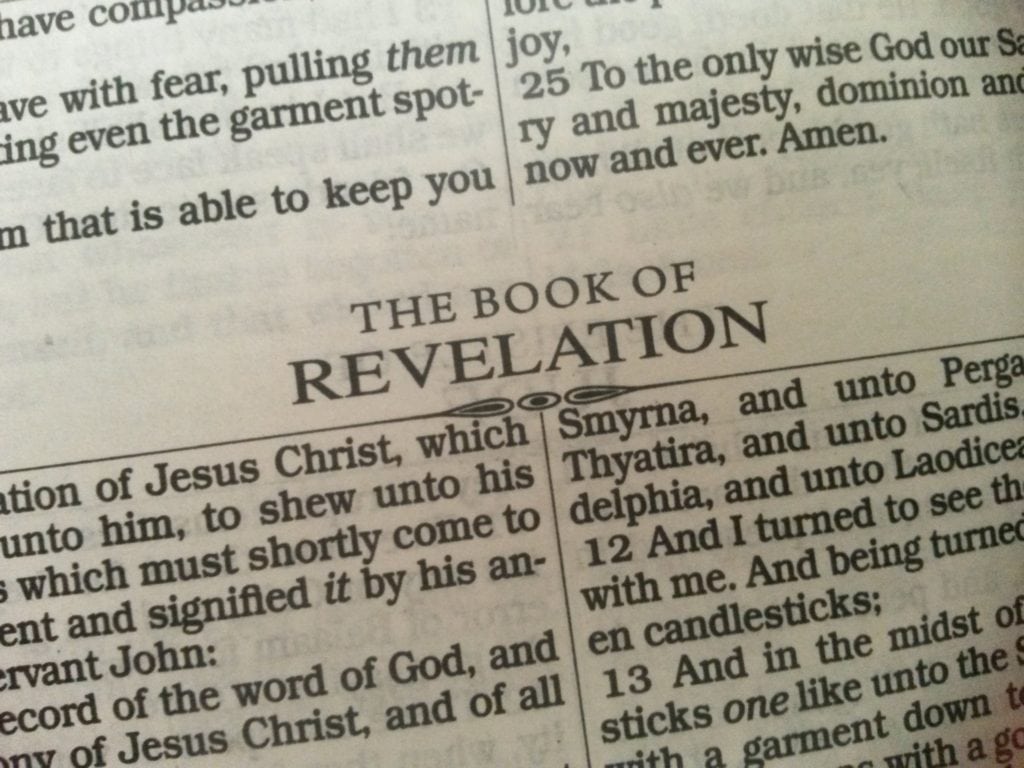 Eschatology and Foreign Policy: Christians and particularly dispensationalist Christians will recognize many theological themes playing a role in foreign policy.

America at war with Gog and Magog. The Kremlin thinks it is the only thing holding back the arrival of the Antichrist. So much for a secular world.

Elements of biblical eschatology play a major role in today’s foreign policy not only in Washington, D.C. but also in Moscow. Understanding the Bible is imperative to navigating the dangerous waters of statecraft. No matter how much one tries, you cannot separate theology and the state. To do so would be risky. 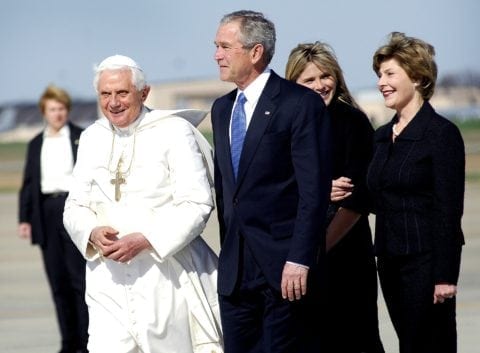 In 2003, US President George W. Bush told French President Jacques Chirac that “Gog and Magog” were at work in Iraq. Bush told Chirac that “Bible prophecies were being fulfilled.” The Elysée Palace was so confused by the assertion that it reached out to Professor Thomas Römer to make sense of Bush’s theological views. He prepared a briefing document for the Elysée on the Old Testament use of Gog and Magog including the book of Ezekiel.

Römer noted in a magazine article that George W. Bush was not the first president to see end times prophecies unfolding. Römer said Ronald Reagan during the Cold War viewed Moscow with prophetic significance. Some evangelicals view Moscow as synonymous with Meshech.

So who might be Gog? Typical of the evangelical dispensationalist view of Gog and Magog is this from Lewis Sperry Chafer’s Systematic Theology: “The northern nations, represented as Gog and Magog, will gather against Jerusalem (Ezek. 38, 39); and when the conflict is at its height Christ will suddenly appear, defeat the beast and the false prophet with their armies, and deliver His people (Zech. 14:1–9; Rev. 19:17–21). The spirit of grace and supplication will be poured upon Israel, and they will recognize and mourn for their Messiah (Zech. 12:8–14).”[1]

How much of a role evangelical eschatology played in the policies of George W. Bush is a fascinating topic and should keep biographers busy. At a minimum, we know it influenced his thinking about the Middle East. 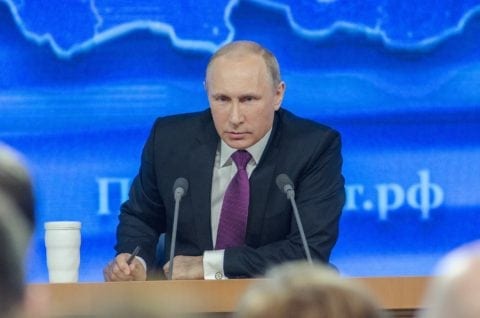 Saturday July 28 marked 1,030 years since Vladimir the Great’s conversion to Christianity and the rise of the Christian precursor to the modern states of Russia, Ukraine and Belarus.  Russian president Vladimir Putin joined with Orthodox Christians in Moscow to mark the occasion. Like it or not, Putin claims to be a Christian of the Russian Orthodox variety, and he plays the part on state occasions.

Putin declared Christianity as the turning point of Russian history.

“The Baptism of Rus was a major turning point in our history, an event accelerating civilization, transforming spiritual strength. It determined Russia’s further centuries-long path and influenced global development,” Putin said. “The peoples that embraced Christian truths as their own achieved unprecedented heights in politics, art, literature, science and economic activity, received colossal experience of unity, which more than once saved, strengthened and supported our Motherland in the most severe historical turmoil.”

Is it an act? Is it real? Who knows, but it is a consistent theme.

On Saturday, Putin continued this theme of the duty to promote Christian thinking for the future. He said, “This greatest spiritual legacy is timeless. It is our sacred duty to preserve and to enhance it for future generations.”

Previously, he has spoken against the decadence of Western non-Christian values. In a 2013 speech to Russia Putin said “traditional family values where a bulwark against ‘so-called tolerance – genderless and infertile.’”

All of that rhetoric could be viewed as an expression of how Putin and many Russian Orthodox Christians view the state—as the katechon, or the restrainer. Foreign Affairs detailed how one important Russian thinker applies the theological concept to foreign policy:

“The katechon, an obscure Greek word referenced in Paul’s second letter to the Thessalonians (2:6-7), is, roughly speaking, “he who holds it together” —that is, the force that protects and holds the world together in the face of danger. Although scholars disagree about what the Biblical katechon refers to, and holds out against, in Russian tradition the answer to this question is unequivocally the coming of the Antichrist. To Dugin, whose ideal is Byzantium, Russia better fulfills its holy role of katechon the closer it is to the Byzantine ideal. And the idea of Russia as katechon, which confers on the country the status of savior of the world and thereby legitimizes the use of nearly any foreign policy as the means to a noble end, is gaining increasing popularity in Russia.”

What is the katechon? There are seven potential answers per modern scholarship from the Baker Exegetical Commentary on 1-2 Thessalonians:

This is a striking diversity of opinion in the evangelical community. However, a typical view among dispensationalists is viewing the restrainer as the Holy Spirit. The Scofield Reference Bible note is a prime example of this. Scofield wrote, “The restrainer is a person–“he,” and since a ‘mystery’ always implies a supernatural element (See Scofield Matthew 13:11) this Person can be none other than the Holy Spirit in the church, to be ‘taken out of the way’ ; 2 Thessalonians 2:7 ; 1 Thessalonians 4:14-17 .”

What does all of this mean?

George R. Middleton writing in Providence explained the dangers of a God Gap in politics. He wrote, “The ‘God gap’ references the conceptual gulf that opens up between a person—or nation—and their actions when we fail to account for the role religious belief plays in motivating their behavior.”  It is a major concern when involving nation-states possessing large nuclear stockpiles.

It should prompt conservative, evangelical Christians to ponder theology and its interaction with politics. American Christians should understand what we believe and try to understand what other Christians believe. Such a move could yield new allies, or at the least minimize the dangers of misunderstanding.