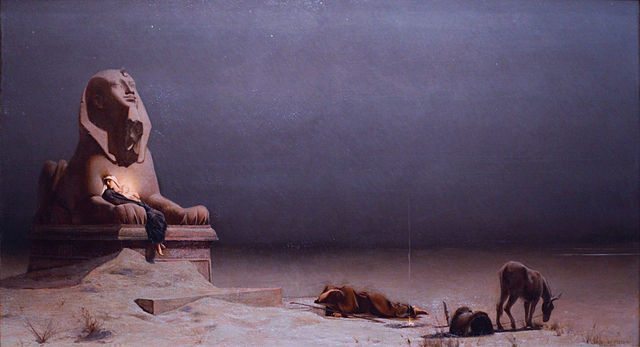 Jesus was not an “illegal immigrant” nor “refugee” as many Progressive Christians like Russell Moore of the Southern Baptist Ethics and Religious Liberty Commission (ERLC) claim. The use of such terms on a world of pre-modern states before the rise of nationalism is likely an abuse of hermeneutics by applying contemporary terms on the ancient world. However, if we are to apply such terms, we should make sure to apply the terms accurately. Both the terms “illegal immigrant” and “refugee” have specific meanings for scholars of International Law and Political Science—definitions which clearly do not fit Jesus or his parents. This essay briefly defines the legal terms and the historical situation in Judaea, Galilee and Egypt during the life of Jesus Christ. Applying the modern terms, we find that Jesus would be the modern equivalent of a Roman national moving between Roman provinces, and thus not fitting either refugee or immigrant categories. First, the genesis of the controversy.

The biblical data regarding the flight into Egypt provides the context for the claims about Jesus. “After they were gone, an angel of the Lord appeared to Joseph in a dream, saying, ‘Get up! Take the child and his mother, flee to Egypt, and stay there until I tell you. For Herod is about to search for the child to kill him.’ 14 So he got up, took the child and his mother during the night, and escaped to Egypt. 15 He stayed there until Herod’s death, so that what was spoken by the Lord through the prophet might be fulfilled: Out of Egypt I called my Son.”[1]

Liberals claim this makes Jesus an “illegal immigrant” or “refugee.” Representative of these assertions are two separate offerings by Dr. Russell Moore. Moore claimed, Jesus lived as a “refugee in a foreign land, a land long hostile to his own.”[2] On a blog post, Moore claimed, “It’s horrifying to hear those identified with the gospel speak, whatever their position on the issues, with mean-spirited disdain for the immigrants themselves. This is a gospel issue. First of all, our Lord Jesus himself was a so-called ‘illegal immigrant.’ Fleeing, like many of those in our country right now, a brutal political situation, our Lord’s parents sojourned with him in Egypt (Matt. 2:13-23). Jesus, who lived out his life for us, spent his childhood years in a foreign land away from his relatives among people speaking a different language with strange customs.”[3]

Dr. Norman L. Geisler pointed out the Bible was a “prescientific” collection of writings, and a book written for every generation.  He cautioned against anachronistically imposing “modern scientific standards upon them.” (See: Are There Any Errors in The Bible?) It would likewise seem reasonable when dealing with pre-modern states and a multi-ethnic empire not to apply legal terms and standards arising out of our modern, post-Westphalian system.

Nonetheless, our progressive friends have done this, and it requires a careful examination of the terms and the political situation of the New Testament.

Was Jesus a refugee? Was Jesus an ‘illegal immigrant?’

There are many helpful things to keep in mind when discussing modern immigration and the ancient world. First, immigrant is best defined as an alien seeking entry to another state, where alien is defined by the United States Department of Homeland Security as “any person not a citizen or national of the United States.” Second, not everyone living in a state is a citizen of the state. This was true in antiquity and is even true in modern times. For the purposes of international law, these are typically defined as nationals. The 1948 UN Declaration of Human Rights declares, “Everyone has a right to a nationality.” According to one textbook legal case, “Nationality serves above all to determine the person upon whom it is conferred enjoys the rights and is bound by the obligations which the law of the State in question grants to or imposes on its nationals.”[4]

In essence, to be a national of a state is to be born under the sovereign jurisdiction of a power (this is obtained via either ius sanguinis or ius soli as determined by the law.)

Or, in the post-Westphalian world, nationality “was essentially a method of classification between those who owed allegiance and those who did not to a particular sovereign.”[5]

Due to the political situation at the time of Christ, moving from Bethlehem to Aegyptus would not make Jesus a refugee.  Jesus was born a common provincial or a peregrinus[6] within the authority of the Roman Empire. Jesus would have been the modern equivalent of a Roman National; he was under the sovereign control of Rome but was not a citizen of the state. The peregrini were persons not subject to the Roman civil law, but when under Roman authority were judged by the general law or what came to be viewed as the natural law.

“Since the civil law of Rome could not be applied to noncitizens of Rome, the praetor peregrinus took to deciding these cases on the basis of what might be called general principles of law. That entailed the identification of rules that were common to states in general (or at least were thought to be). Once these were identified, they would be applied to the dispute at hand. This corpus of common or general rules of law, emerging from the adjudications of the praetor peregrinus, became the ius gentium —the law of peoples in general.”[7]

The political situation in Judaea at the birth of Jesus

Professor A.N. Sherwin-White noted a “tendency” on the part of everyone from scholars to the public to treat Judaea as something outside the Roman Empire.[8] Perhaps, this results from the use of client kingdoms and odd quirks or Roman terminology, but in any case, Sherwin-White explained that Judaea met key tests for being part of the Roman Empire: “permanent military occupation, regular taxation and Roman supervision of public order.”[9]

The permanent military occupation began after Pompey’s campaign in Asia around 63 B.C. At that time, “Pompey intervened in a civil war in Judea between Hyrcanus and Aristobulus; his brief campaign against the latter culminated in a three-month siege of the temple in Jerusalem and its capture.”[10] Roughly, the province of Judea, “included the territories of the tribes of Judah, Benjamin, Dan, Simeon, and part of Ephraim. Under the Romans it was a part of the province of Syria, and was governed by a procurator.”[11] This would include Bethlehem and Jerusalem.

Rome dealt with Judaea by installing client rulers. This was not unusual for Rome. “Client kings played their part in the process of romanisation for, Tacitus wrote, it was a very old Roman tradition to use even kings as instruments in the imposition of slavery, ‘ut habret instrumenta servitutis et reges.'”  (From Tacitus, Agr 14, 2).[12] The settlement of how to treat a newly conquered province rested with the conqueror, in the case of Judaea that was Pompey, and was submitted to the the Roman Senate or people for ratification via a lex provinciae.[13] According to one commentary on Matthew, “Herod is king only because it pleases the Romans to have him rule over this troublesome region peopled by the equally troubling Judeans. Herod is a pawn used by Rome to maintain order useful to Rome. Jesus is born in an occupied land, a small outpost, on the edge of a mighty empire.”[14]

The usefulness for Rome was a strong leader and help in the Parthian War (see Josephus, Wars of the Jews 1.14.4). Herod’s loyalty to Rome was absolute, according to scholars, “The rise to power of both Antipater and Herod was predicated first and foremost on their unswerving loyalty to Rome. Both father and son were convinced that, following the conquest of Judea by Pompey in 63 b.c.e., nothing could be achieved without the consent and aid of Rome. This principle was inviolable, and it guided their actions under all circumstances and at any price.”[15]

At the time of Christ’s birth, the Gospel of Luke declares that Jesus and his parents were under Roman jurisdiction. “There went out a decree from Caesar Augustus, that all the world should be taxed” (Luke 2:1).  According to Schaff, this was a “head-tax” applicable to everyone in the Roman Empire who was female over the age of 12 and male over the age of 14. Stein in his Commentary on Luke points out two interesting points: that Jews were exempt from military service, but not from taxes. The fact that Jews were dependent on Rome for security and subject to taxation are important facts to establish the subjugation of the region to Roman political authority.

Chrysostom points out that it was difficult to leave home, but Jesus and his parents found a welcoming land of safety, “Isn’t this remarkable: While Palestine plots, it is Egypt that receives and preserves the One for whom the plots are designed! This is reminiscent of the patriarch Jacob, who also sought succor in Egypt, anticipating the coming of our Lord.”[16] Alexandria was a major location of Jewish settlement in Egypt, but it was by no means the only one as the collapse of the Jewish state detailed in Jeremiah revealed. “The narrative in Jeremiah states definitely that the large proportion of those who had rallied about Gedaliah after his death found a temporary asylum on the eastern borders of Egypt.”[17] This included the locations of Tahpanhes and Migdol, but there were other Jewish settlements know to Jeremiah and Ezekiel including the Jews at Memphis and Pathros. .[18]

When Mary, Joseph and Jesus fled Herod, they fled into another Roman province—Egypt, or as the Romans called it Aegyptus. Aegyptus was a province personally controlled by Augustus and administered on Caesar’s behalf by an appointed Praefectus Augustalis. With both provinces under Roman administration, and with a long history of Jewish settlement in Egypt (and likely the translation of the Hebrew scriptures into the Greek Septuagint happened in Egypt), it would appear to make the move of Jesus from Bethlehem to Egypt analogous to moving between parts of the European Union, such as moving from Poland to Portugal. It is worth noting both Judaea and Egypt were under Roman military occupation, subject to Roman tax policy and supervision of public order—all tests Prof. Sherwin-White identified as critical for determining status as a Roman subject.

Simply, Jesus was not an illegal immigrant nor was Jesus a refugee.

[4] As cited in Nationality and Statelessness under International Law, edited by Alice Edwards, and Waas, Laura van, Cambridge University Press, 2014.

[17] Charles Foster Kent, The Makers and Teachers of Judaism: From the Fall of Jerusalem to the Death of Herod the Great, The Historical Bible (New York: Charles Scribner’s Sons, 1911), 8.