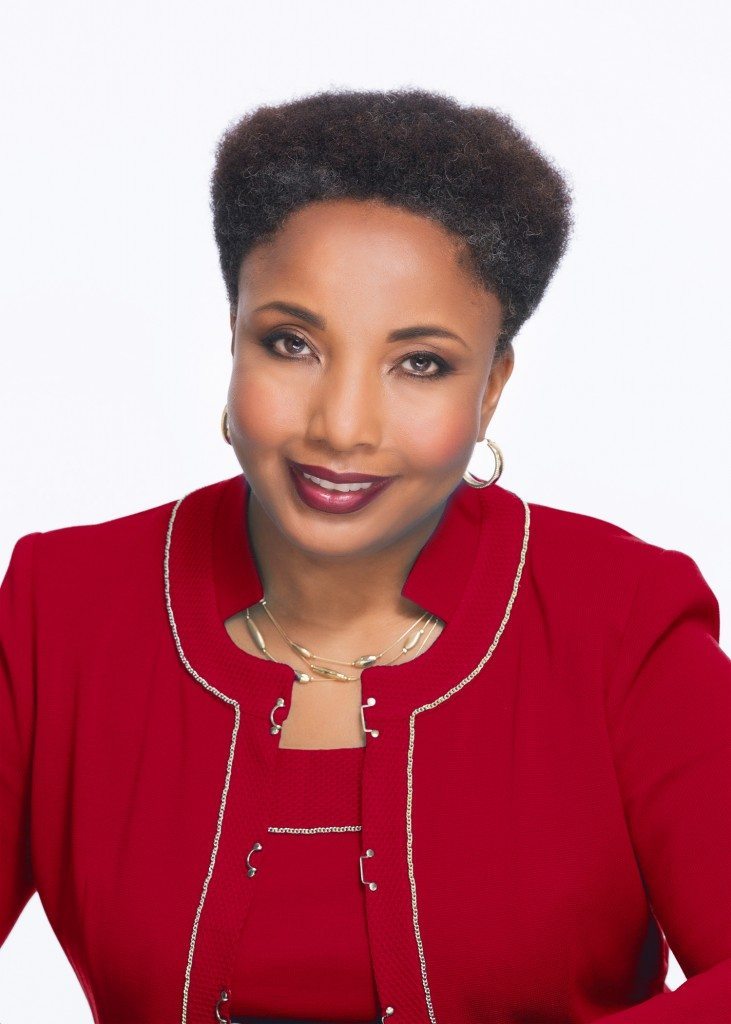 Carol M. Swain is a Southern Baptist and a professor of Political Science and Professor of Law at Vanderbilt University in Nashville. Professor Swain was kind enough to take time to answer a few of our questions about religious liberty in America, the rise of secularism, the folly of depending on secular courts, and the problems in the Southern Baptist Convention involving Dr. Russell Moore and the rising liberalism displayed by the Ethics and Religious Liberty Commission of the Southern Baptist Convention. You can follow Professor Swain on Facebook, Twitter and at her website.

Capstone Report: You’ve witnessed firsthand the attack on conservative, evangelical Christians in the public square. You’ve faced it on campus of one of the finest universities in the South. Some evangelicals like Russell Moore say the culture war is over? That we’ve lost. What do you think?

Professor Carol Swain: Secularism is gaining ground in America, especially at colleges and universities, but it is far too early to raise the white flag of surrender. We cannot console the enemies of Christ with messages to suggest a battle has been lost when there are still millions of Christian men, women, and children on the battlefield with no intentions of surrendering. The culture war is not over and to say otherwise is irresponsible and counterproductive, especially if the message of defeat comes from a general. When tempted to quit, we should remember the ten spies and Caleb’s message to the people as they stood before Moses. With boldness and certainty, Caleb silenced the people and said “we are well able to take the land (Numbers 13:30, ESV).“ This should be the attitude of every God-fearing, Bible-believing Christian who is dismayed with the moral degeneration of America and some of its churches, where the social gospel has replaced the simple message of the cross. We can challenge the assumptions of secularism and display a spirit of meekness while we speak truth in a loving manner.

Christians in America wondering what the hostility and intolerance towards them means, would do well to ponder the plight of Christians around the world who are bravely resisting hostile, secular, and religious force seeking to annihilate them ((Matthew 24:13). In the face of horrific persecution, the worldwide church has grown. A 2015 Washington Post article cites data showing, “Over the past 100 years, Christians grew from less than 10 percent of Africa’s population to its nearly 500 million today.” Asia, Latin America and other regions of the world have reported spectacular growth as well. Unfortunately, we sometimes allow ourselves to be deceived by the subtlety of secularism and its false intellectualism. We must, therefore, be on guard. After all, Lucifer was an attractive, seductive angel of light.

CR: Can evangelicals depend on the courts to stop this attack and defend the constitutional rights of Christians? We’ve just witnessed an activist court strike down the president’s executive order on immigration and in the past even the Supreme Court has handed down verdicts like CLS v. Martinez (2010). Can we depend on secular courts?

Prof. Swain: Christians cannot depend on the federal courts to refrain from judicial activism when they interpret the U.S. Constitution. Repeatedly, liberal justices have shown their disdain for “We the People” by legislating from the bench. Some of the liberal justices have made clear through their actions that they are willing to ignore the rules that bind them to make political gains. Take for example, Justices Elena Kagan and Ruth Bader Ginsburg, who had no qualms about violating the spirit and intent of Title 28, Section 455 (a) of the United States Code, which states “Any justice, judge, or magistrate judge of the United States shall disqualify himself in any proceeding in which his impartiality might reasonably be questioned.” Although these two justices officiated same-sex marriages when the Obergefell v. Hodges case was making its way to the Court, an action that would seemingly warrant a recusal under the statute, neither justice had qualms about casting a vote that radically redefined marriage in America.

Justice Ginsburg is an interesting character. She was an ACLU radical long before she was nominated and confirmed on a court. Her views have run radically counter to the views of ordinary Americans on a range of issues. In a 2009 interview with New York Times writer Emily Bazelon, Ginsburg shocked readers by giving an answer that seemed to endorse Planned Parenthood founder, Margaret Sanger’s vision of perfecting of the world’s population through eugenics. In response to a question about whether Medicaid should fund abortion, Ginsburg replied, “Frankly I had thought that at the time Roe was decided, there was concern about population growth and particularly growth in populations that we don’t want to have too many of. So that Roe was going to be then set up for Medicaid funding for abortion.” She has advocated revising the federal code to lower the age of consent for statutory rape from age 16 to the tender age of 12. At the time of her confirmation, Ginsburg favored legalizing prostitution, eliminating bigamy laws, and mandating the sex integration of Boy Scouts and Girl Scouts. The latter has been achieved through the acceptance of transgender children into each of the respective organizations.

Clearly, the Courts cannot be trusted to protect Christians or traditional Judeo-Christian values and principles. Judicial activism means that “We the People” must engage in actions designed to help bring about judicial accountability and the impeachment of judges who repeatedly ignore the Constitution and use the bench as a vehicle to advance a partisan agenda. Sitting judges should do what they were appointed to do: strengthen and protect fundamental constitutional values and principles reinforcing freedom of speech, freedom of religion, and freedom of association. They should also be mindful of the rule of law and the need for states to craft and develop their own policies free of unnecessary federal interference.

.
CR: Recently on Facebook, you mentioned the Southern Baptist controversy involving Dr. Russell Moore. You were critical of how some church leaders “racialized” the controversy. This is a big deal for a denomination trying to heal its sad past. First, is it wrong to stand up to Dr. Moore on immigration or a similar issue because he is right on race? Second, what should Southern Baptists do to promote racial reconciliation in our country?

Prof. Swain: Southern Baptists have been working on racial reconciliation for more than two decades. In 1995, the Southern Baptist Convention issued a resolution acknowledging ties to slavery and confessing guilt for having participated in the American slave trade and the Jim Crow racism that followed. Since then, many white Southern Baptists have worked individually and with churches and other organizations to make amends to the black descendants of slaves and others adversely impacted by racism. The denomination and its pastors have repeatedly confessed guilt and offered apologies, and some churches have special outreach to black communities. Many congregations are seeking to do more. When it comes to the issue of racially segregated congregations, I have written elsewhere that much of this is related to difference in culture where expectations differ about choice of music, length of services, and treatment of the pastor’s wife. In many black churches, the pastor’s wife is called the first lady and is treated as a celebrity and the pastor is akin to a rock star. I have attended several predominantly white churches and I have never witnessed the same traditions. Services in black churches often run longer and the style of worship is quite different.

It is important to note that the racial divide in America is also a partisan divide that places the overwhelming majority of black pastors and congregants firmly in the ranks of the liberal Democratic Party. However, whites tend to be distributed in both political parties. For blacks, it means that the leaders and congregants within the Baptist Convention are aligned with a political party that advances a national agenda that is totally antithetical to a biblical worldview on issues like homosexuality, transgenderism, the sanctity of human life at every stage of development, the definition of a family, and the role of government. In recent years, the Democratic Party has even sought to remove reference to God from their party platform.

Dr. Moore’s public disdain of Donald J. Trump and his advocacy of a position that would have ensured the election of Hilary Clinton was especially problematic given his previous ties to Democrats and advocacy of more moderate to liberal positions. According to its website, the purpose of the Ethics & Religious Liberty Commission (ERLC) is “to assist the churches by helping them understand the moral demands of the gospel, apply Christian principles to moral and social problems and questions of public policy, and to promote religious liberty in cooperation with the churches and other Southern Baptist entities.” It describes its vision as kingdom, culture, and mission. The Board of Trustees and member churches supporting the organization with their finances should demand accountability from the public head of the organization. In fact, it is perfectly reasonable to expect the head of an ethics commission to disclose possible conflicts of interests and stay as neutral as possible on contested political issues such as illegal immigration, advocacy for open borders, and heated racial incidents where the facts are not known. One thing is certain. On the issue of race, the policies and programs of the Democratic Party have left blacks worse off.

Prof. Swain: Several things are taking place among young evangelicals. First of all, many young Christians have been seduced by secularists and liberal Christians who have persuaded them with plausible arguments about a different Christ than the one they learned about in their home churches. Secondly, the secularist are adept at shaming Christians into conformity by accusing them of being unloving and intolerant when they adhere to a biblical lifestyle that eschews casual sex, living together before marriage, and acceptance of alternative life styles. Thirdly, Christians are confused by divisions among and between denominations over issues such as church acceptance of gay marriage and sexually active homosexual pastors, worship leaders, and seminary heads. Not only have the mainline churches split over some of these issues, the American Baptists and the Southern Baptists are once again on a different page, with many congregations of American Baptists accepting and ordaining sexually active homosexual pastors.

We clearly need a counter to the aggressiveness of secularism. This should involve a strong grounding in Christian apologetics training as a strong component of every church’s youth and young adult ministries. In addition to a strong Christian education, training for the future must include a new and more sophisticated vacation Bible School curriculum. We need to equip young people with an informed Christian worldview that includes scientific and historical information from sources not easily discounted by adherents to secular humanism and other non-Christian worldviews. Lastly, we must never abandon the quest to unify the church. 1 Corinthians 12:13 states, “For by one Spirit are we all baptized into one body.” To the Apostle Paul’s point about unity in the church, we as the body must stand united against the force of pervasive secular thinking and remain zealous advocates of the faith.