It only took a week, but Bama finds itself one step away from a familiar spot. In both polls released today, the Crimson Tide jumped TCU to take the second spot in the Coaches and AP Top 25 polls. Bama did gain one first place vote in the Coaches poll.

Under Nick Saban, Alabama has been ranked #1 at some point in each of the last seven seasons, although with Ohio State’s weak, cotton candy schedule, jumping the Buckeyes will be a tough feat.

Still, hopefully pollsters can recognize the difference between a team battling through the gauntlet that is the SEC West…tearing through seven ranked opponents…as opposed to the Buckeyes toughing it out against unranked Rutgers, Indiana and Minnesota. 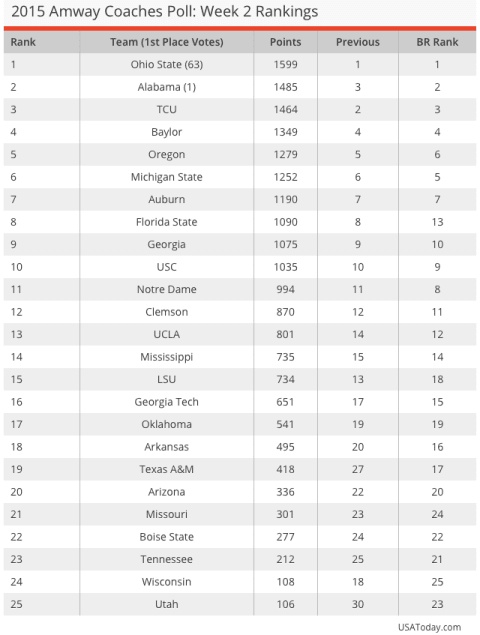