Wednesday afternoon, South Carolina head coach Steve Spurrier called a press conference to get a few things straight. Critics have cited his age and pile of losses as reasons the ole ball coach might hang up his visor and take to the links for good sooner than later, and Spurrier wasn’t having any of it. 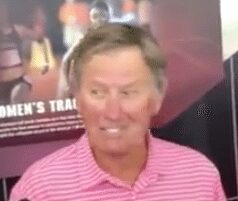 So, yesterday, Spurrier called an impromptu presser, really a message to the South Carolina fans out there, using the football starved media as his sounding board. The message?

But the result? Spurrier sounded old. Really old. Like petulant, grumpy old man old. And not just a little.

I have a dad that is getting up in age. He often goes on rants just like the one Spurrier volleyed our way yesterday, ranting and raving about this and that. It’s what old people do, and I love my dad, so I just listen. Then I walk away, completely unfazed, because I know that’s what old people do.

The public did exactly the same thing yesterday, and so will the “enemies” Spurrier spoke of. Public relations 101 tells you not to do what Steve Spurrier did yesterday, unless you can pull it off. And obviously, he can’t.

At 70, the arrogant, brash Spurrier has lost his edge, and his “enemies” are going to take advantage of it. Age has been, and will always be a weapon used against an aging coach. It’s a competitive game that Steve Spurrier has chosen in this free land of ours to make his living coaching. There was a time Spurrier welcomed the competition. Now? He just wants Dabo Swinney, Mark Richt, Butch Jones, and the writers who cover them to hush about his age.

“Last year at this time I was 69, we were 11-2 and there was no question about my age,” Spurrier said in his rant yesterday. “Now that we’re 7-6 we’ve got some enemies out there. I’ve got some guys that don’t like me out there talking and writing.”

Well Steve, you’ve earned it. The man has spent his entire career popping off about everybody to anybody who would listen. Don’t think for a second he didn’t use the age ploy on the recruiting trail against then Alabama head coach Gene Stallings while at Florida. Or for crying out loud, his arch nemesis at the time, Bobby Bowden. But now, old Steve wants everybody to do what old people want people to do…hush.

But it’s not gonna happen, and yesterday’s ill advised rant just made it worse.

Just for a second, can you imagine Alabama head coach Nick Saban going on this kind of rant? I mean, the reaction would shut social media down for a week.

Spurrier either needs a PR advisor, or he needs to listen to the ones he has. He intended to put an issue to rest, but all he did was wind up sounding thin skinned, crazy, and well…old.